Fundamental Differences Between Lodgers and Tenants

Learn about the differences between lodgers and tenants in this post to have a better look at these types of private renting and what you can expect from them.

While many people often use these words interchangeably, lodgers and tenants are different types of renters. The bodies of English law covering them only overlap in some parts, meaning both the renters and landlords are subject to different legal rights and obligations.

Don't make a grave mistake and assume you're entitled to the same tenant's rights while you're actually just in a lodger agreement. For instance, it'd be too late to find out that the eviction procedures applied to lodgers and tenants are not the same when you're already locked out of your room. This risk alone is already a compelling reason to be aware of what changes and what doesn't, depending on your rental type.

When you rent a room in the home your landlord is currently living in as well, you will be generally called a “lodger”1. In this case, a landlord who rents out a room of their home is called a “resident landlord” or a “live-in landlord”.

This is different from a regular tenancy, in which a “live-out landlord” puts for rent a property that’s not their current home. In this case, the renter is called a “tenant” - a term we’re already familiar with.

2. Differences Between Lodgers and Tenants

By law, tenants generally enjoy more rights than lodgers, mainly because they benefit from a stricter agreement with their landlords.

Assured Shorthold Tenancies (ASTs) are the default and most popular tenancy agreement in the UK, which are protected with a wide range of legislation, such as the Housing Act 1996 and Landlord and Tenant Act 19882. It gives the tenant a legal interest in the property for a period of time, something the landlord must fully comply with.

Lodger agreements, on the other hand, don't fit into this kind of contract, resulting in a different set of legal rights and obligations.

There is no official legal definition of a “lodger”, but in most cases, “excluded occupiers” and “occupiers with basic protection” are two terms in English property law that come closest to what most people mean by the umbrella term “lodgers”3.

These two types of lodgers, depending on how your landlord shares their accommodation with you while living in the same premises. These arrangements don't determine just what rights and obligations you have but also how the landlord can end the lodger agreement and evict you. 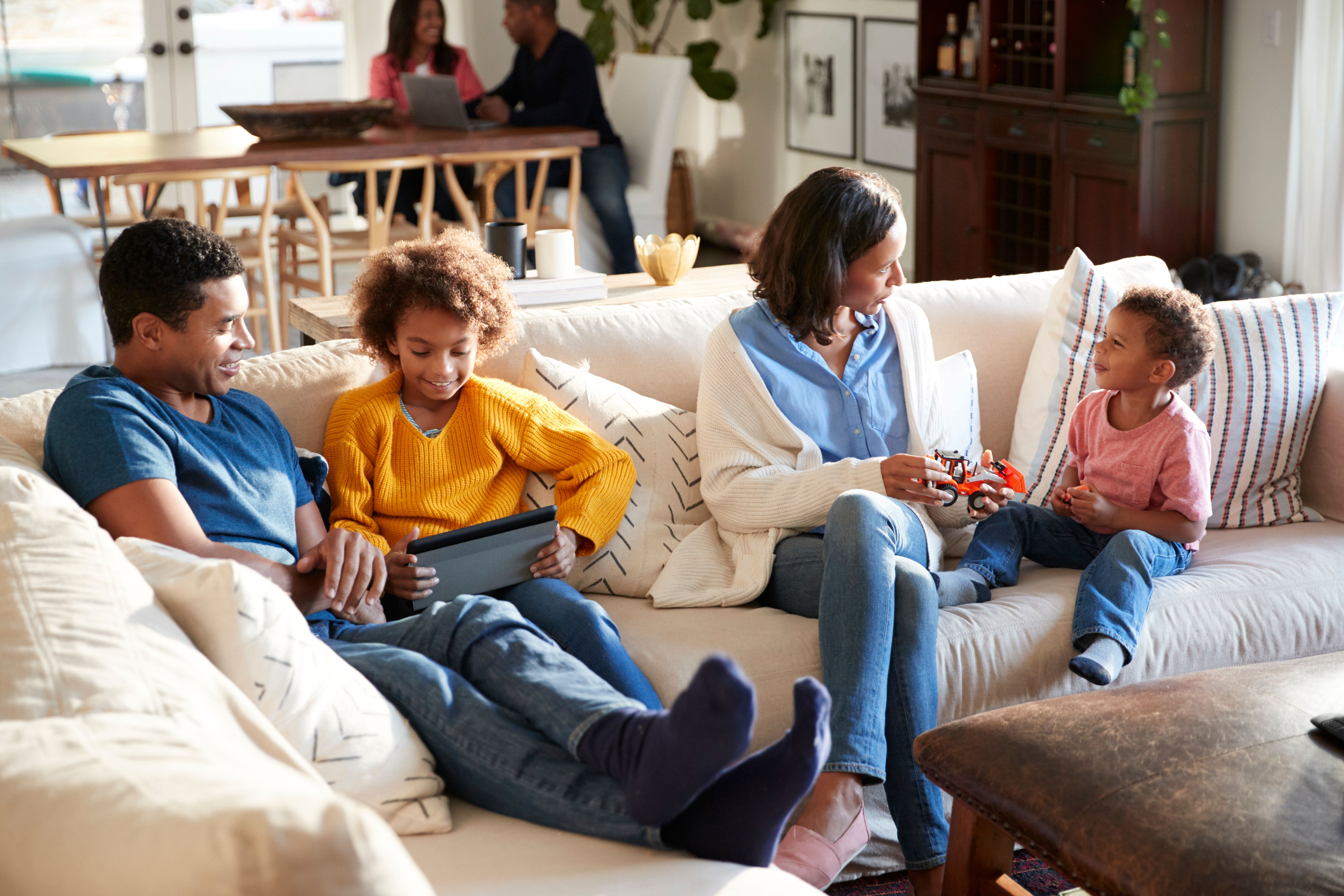 You are an excluded occupier if:

You're an occupier with basic protection with an excluded tenancy if you live in your landlord's home but don't share any living space with any member of their family, such as the living room, kitchen, or bathroom5.

Under this kind of rental agreement, you have exclusive access to your room, which your landlord couldn't enter without your permission. You still have less protection than private tenants but enjoy some more rights than an excluded occupier. 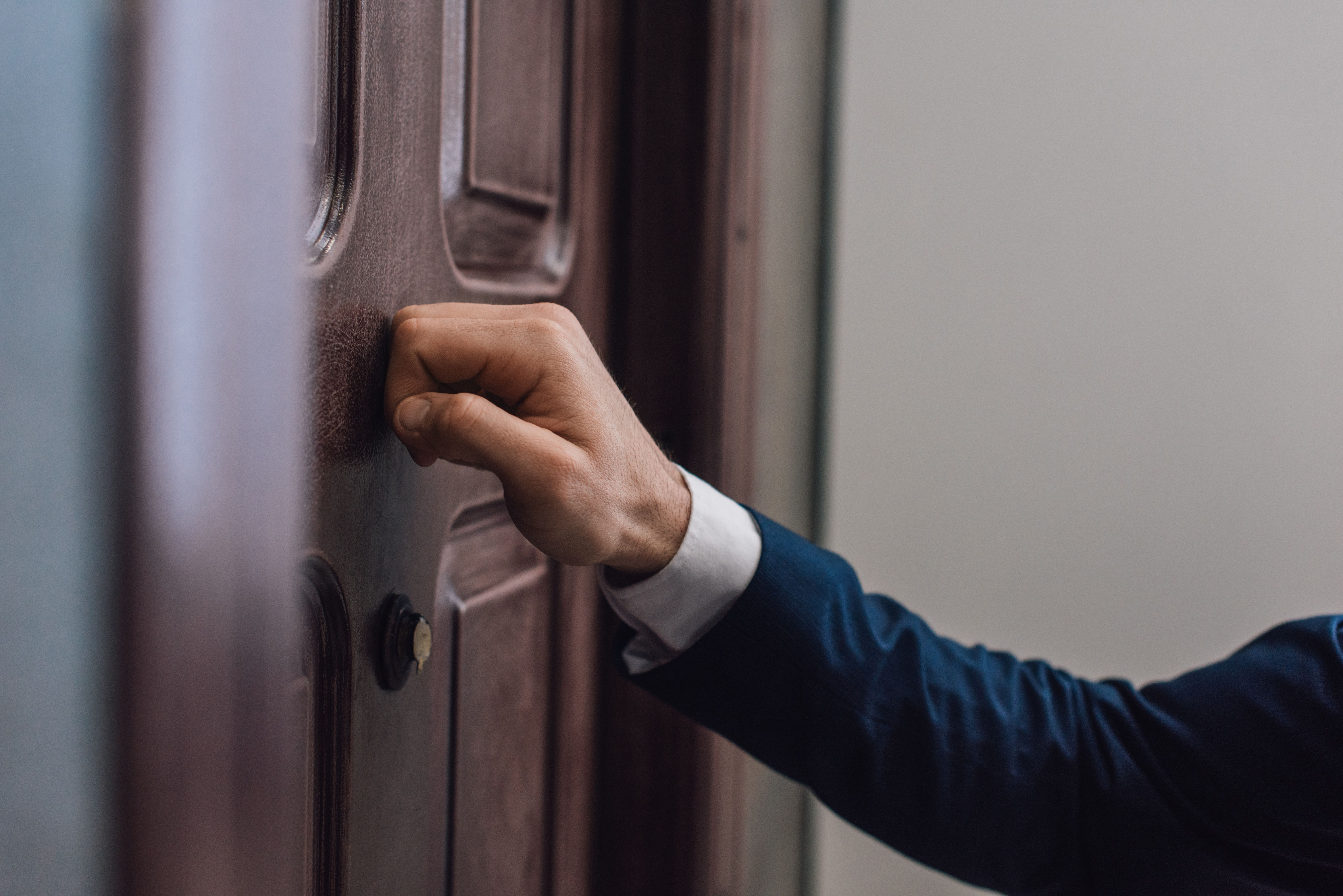 One of the biggest distinctions between tenants and excluded occupiers is exclusive possession. Tenants in a tenancy agreement are granted exclusive access to at least a room in a property or the whole property - something an excluded occupier doesn't have6.

If the landlord doesn't have the right to enter the room without the occupier's permission, that letting is a tenancy. This is almost the same for occupiers with basic protection. On the other hand, if the agreement gives the landlord, or someone who works for them, unrestricted access to the room in order to provide some form of service or attendance, it's an excluded licence for an excluded occupier.

Due to the difference in relation to exclusive possession, excluded occupiers enjoy much less privacy compared to tenants or occupiers with basic protection.

The law allows tenants to have “quiet enjoyment”, living without unnecessary interference from their landlords7. It prohibits a landlord, or anyone on their behalf, from entering the property without permission.

A lodger, or an excluded occupier, doesn't have this right. While it's true that they pay for the room, the landlord has every right to enter it. The lodger can't lock the door without permission or prior notice when they go out because the room has to remain accessible to the landlord even during the lodger's absence.

In an Assured Shorthold Tenancy, the landlord has an obligation to protect your deposits in a government-approved tenancy deposit scheme9. This scheme makes sure your money is safe in its possession during the entire tenancy, and more importantly, you will get back what you're lawfully entitled to when the tenancy ends.

That kind of protection was introduced in the Housing Act 2004, which doesn't cover both types of lodgers10. While the landlord can still choose to put a lodger's deposits in a protection scheme, they aren't required to do so.

Overall, it takes more time and effort to evict a tenant than a lodger.

How much notice the landlord should give is usually laid out in the lodger agreement. If this is not the case, the landlord has to allow the lodger a “reasonable” period of time to find new accommodation.

This reasonable notice usually equals the rental payment period. It could be a month, but also could be much shorter, such as a week in case rent is paid weekly. The landlord can give this eviction notice verbally, not necessarily in writing.

If the lodger refuses to leave after the notice period ends, the landlord doesn't need a court order to proceed with the eviction. They can change the lock of the room or stop the lodger from entering the property, even if the lodger's belongings are still there. 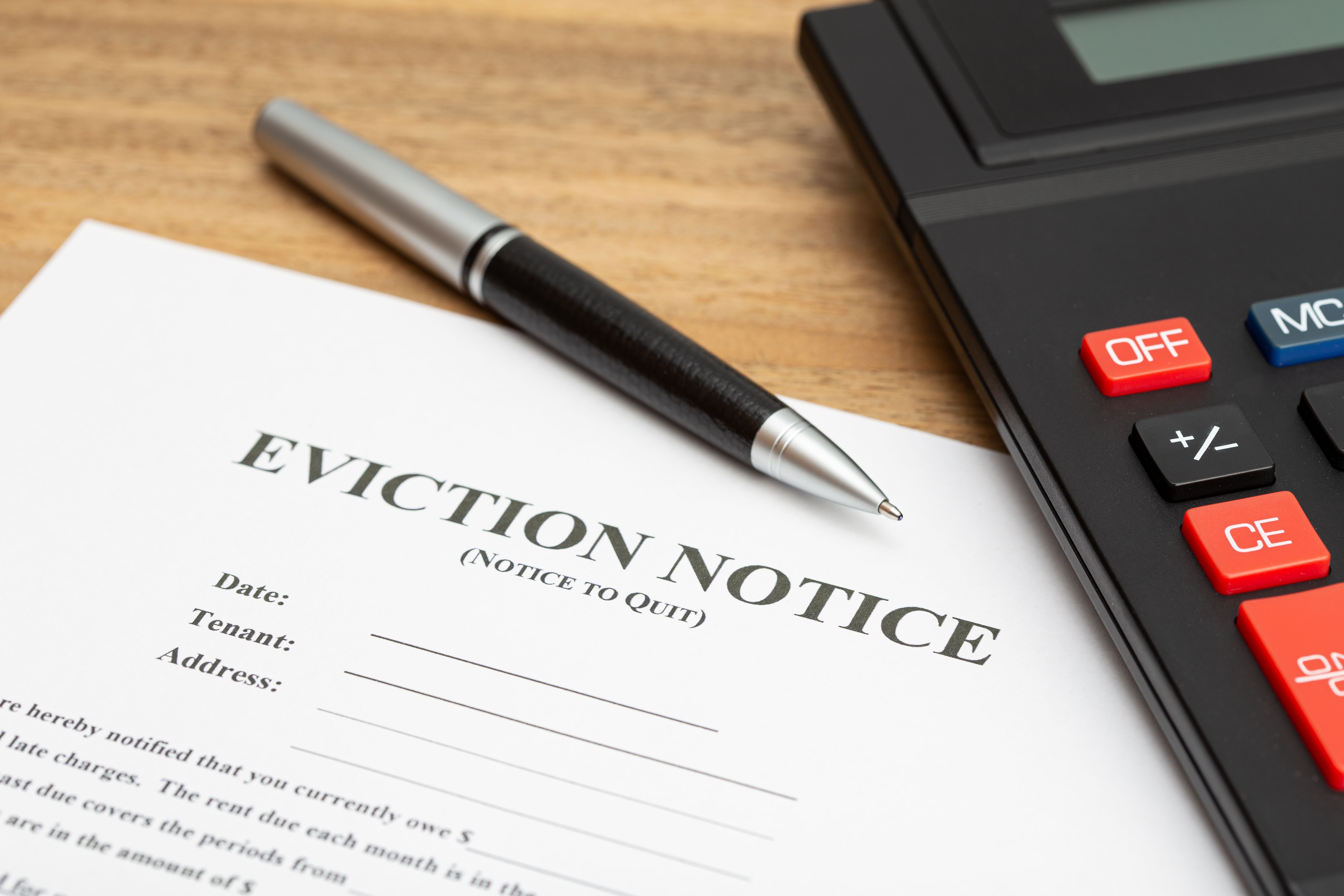 The landlord, however, has to make sure any belongings left by the lodgers are under reasonable care. They should make arrangements to let the lodger collect their belongings in a reasonable time later.

Only a non-excluded tenancy has slightly better protection for lodgers, in which the landlord has to give an occupier with basic protection a written “notice to quit”.

This quick and easy eviction procedure has no place in a regular tenancy agreement. An Assured Shorthold Tenancy requires the landlord to start court action and request an order to evict the tenant in case the tenant doesn't leave after receiving a Section 21 or Section 8 notice, or both12.

The mandatory duties of a live-out landlord are much more onerous than those placed on live-in landlords.

In an Assured Shorthold Tenancy, the landlord is subjected to a long list of obligations from many laws such as the Landlord and Tenant Act 1985, the Gas Safety Regulations 1998, and the Furniture and Furnishings Regulation 199313. They cover a wide range of legal responsibilities applied to landlords, including repair obligations. 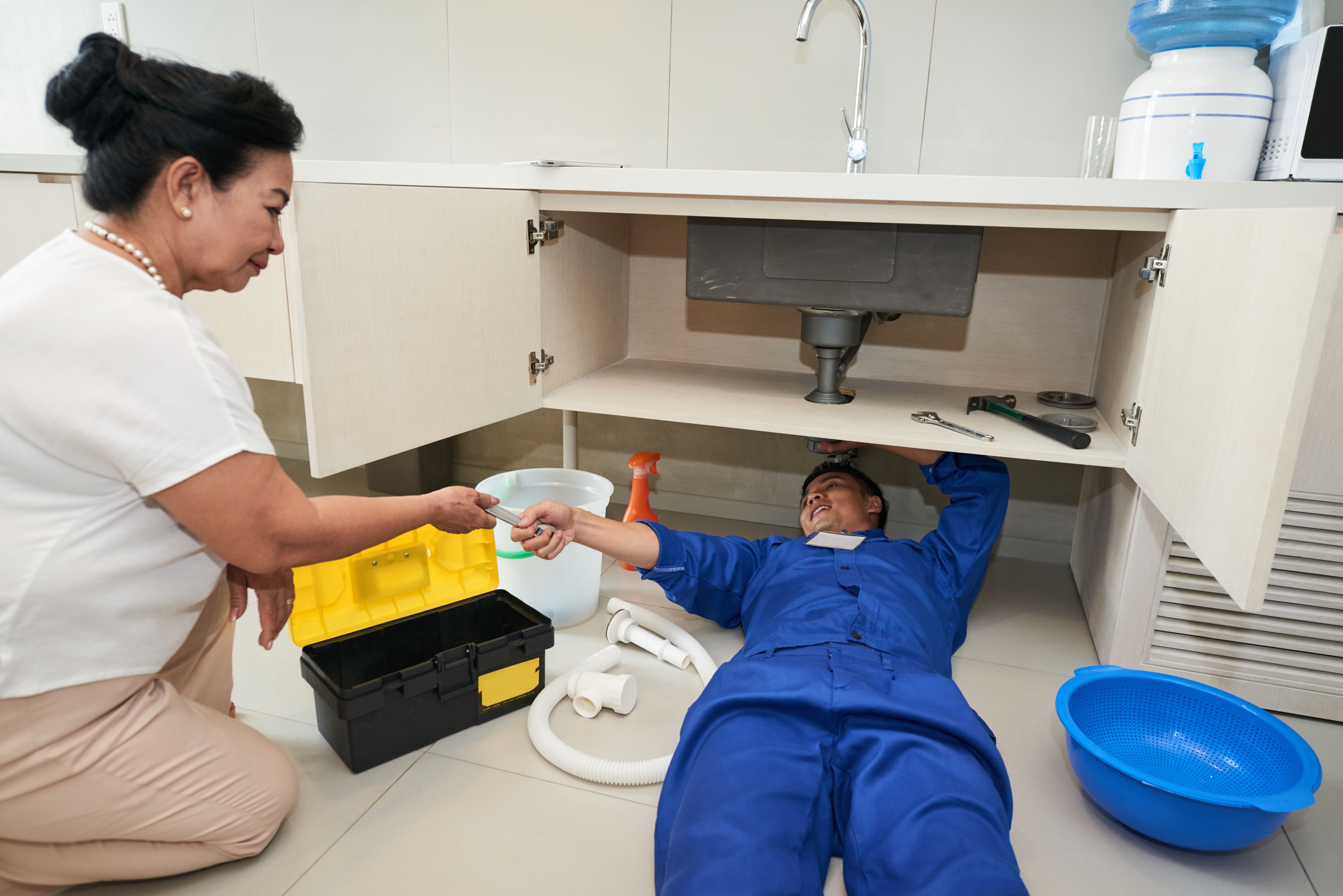 Lodger landlords don't have to follow the same duties as they are not the subject of the Landlord and Tenant Act, whose Section 11 requires regular landlords to keep the rented property in good repair.

Landlords of excluded occupiers, however, still have to follow all health and safety requirements for residential properties, such as the Housing Health & Safety Rating System (HHSRS) in the Housing Act 200414.

They must keep the entire premises fit for human habitation from the outset and for the entire duration of the lodger agreement, though they aren't required to fix any other damage to the property during that period of time. A lodger could still try to negotiate with the landlord and set out some repair obligations into a written agreement.

No matter which type of lodger agreement you have, excluded occupiers or occupiers with basic protection, you still have fewer rights than what tenants in an Assured Shorthold Tenancy usually enjoy. It may save you some money or perhaps the only choice you have, but you should at least be aware of all the drawbacks of this kind of renting. If you want to have some additional protection and guarantees, it'd be better to discuss and come to an agreement with the landlord before signing the contract.